Oia, SANTORINI: Nothing but 'WOW!'

I believe many of you have seen the movie, Mamma Mia or perhaps Sisterhood of Travelling Pants? The scenic side of Greek island were filmed in the enchanted Santorini (formally known as Thira), Greece. 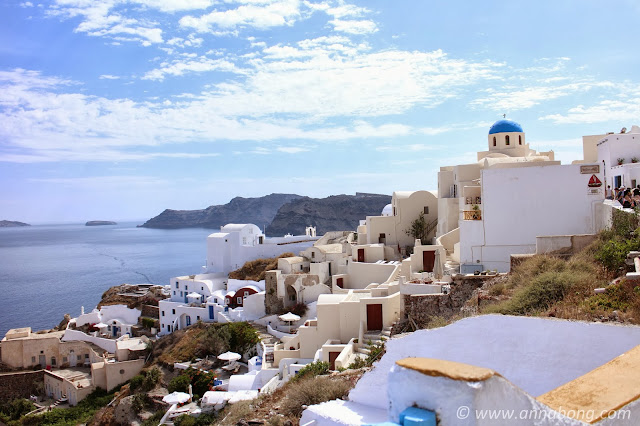 I was so lucky to have visited that beautiful island (twice!) recently. The most talk-about postcard view would be from a small town (or more likely a village) called Oia (pronounced as 'ee-yaa', omit the pronounciation of 'O'). The blue waters of Aegean Sea, cloudless sky and Greek hospitality definitely give travelers a truly unforgettable vacation. Having been to many cities with the hustle bustle of traffic or lavishness, Santorini is the place to get away from that to relax your mind. 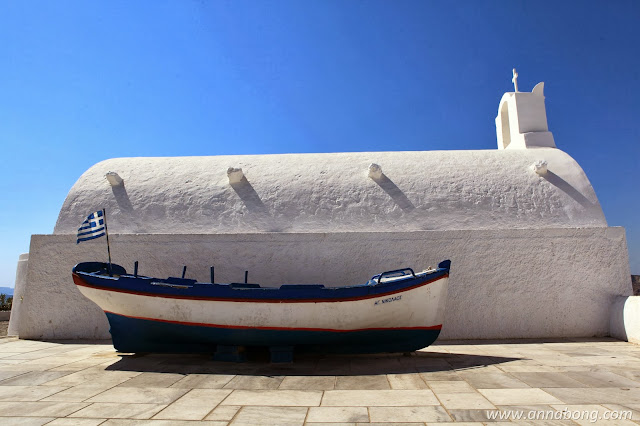 (Photo taken by my dad with Canon 5D Mark II)

During my trip there, we stayed just outside Oia in Anemoessa Villa (June 2013) and Atlantida Villas (September 2013), both gave us easy access to Oia. Atlantida Villas has a better gateway to Oia, through a pedestrian-only footway from the front of the villa overlooking calderas while making our way to Oia, which is a short walk away. As for public transport, the only option to get to Oia would be from the main town, Fira. This service runs approximately every 20-30 minutes or every hour after 8 or 9pm. Wherever you would like to go in Santorini, always have to go through Fira. Otherwise, one could take the taxi or rent a car/bike/ATV. 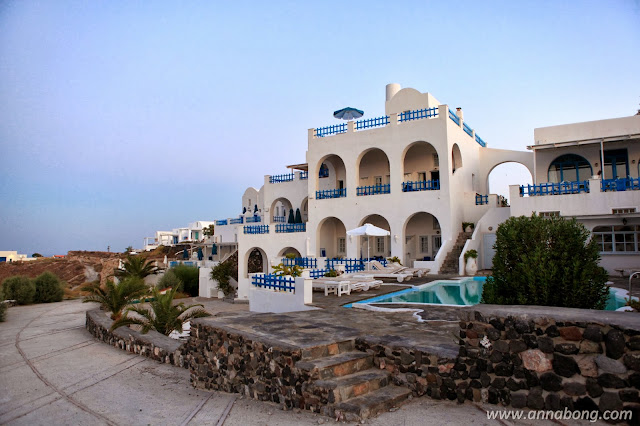 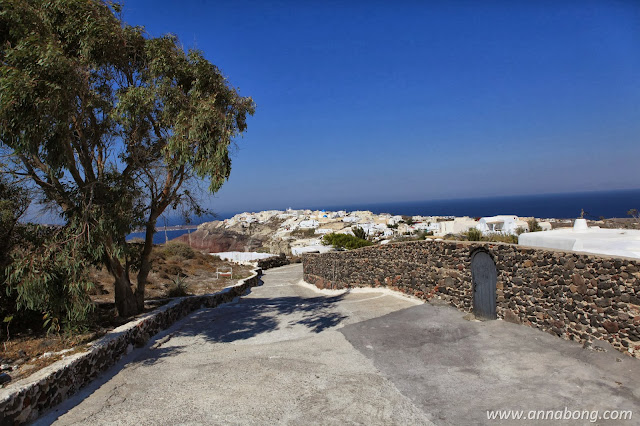 September 2013. On our way to Oia from our villa. (Photo taken by my dad with Canon 5D Mark II) 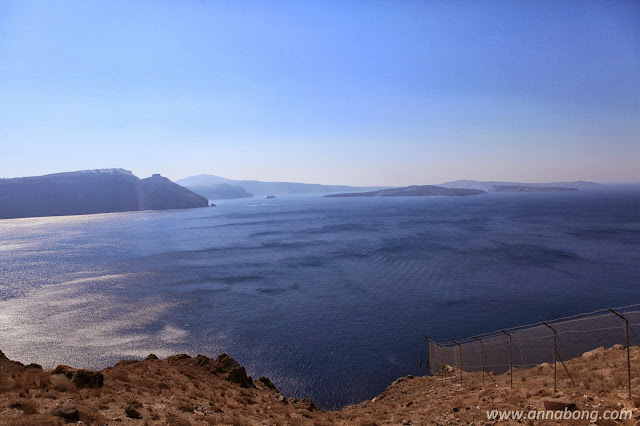 The view from our villa, on our way walking to Oia. (Photo taken by my dad with Canon 5D Mark II)

The village of Oia has population of under 4000, this settlement has began circa 15th to 19th century. When we went for the volcanic island tour in June, the informative tour guide of ours mentioned the earliest house were painted pink/peach instead of the stark white architecture against the blackish volcanic island. 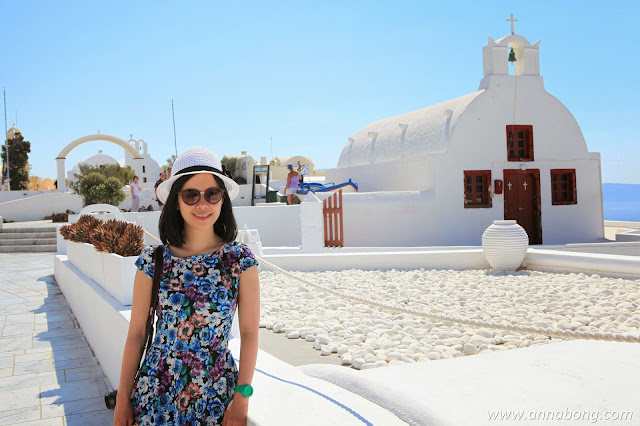 September 2013. Yours truly. (Photo taken by my dad with Canon 5D Mark II) 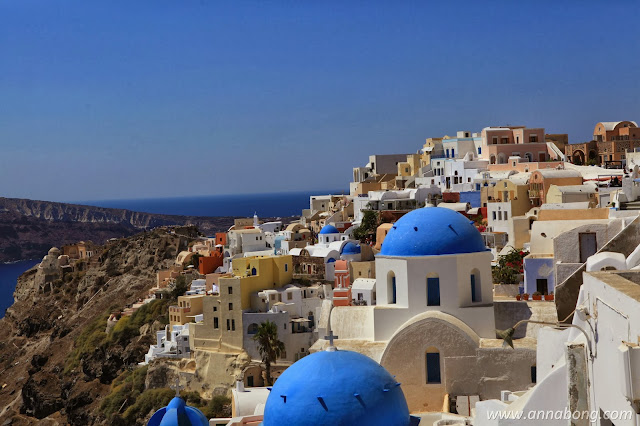 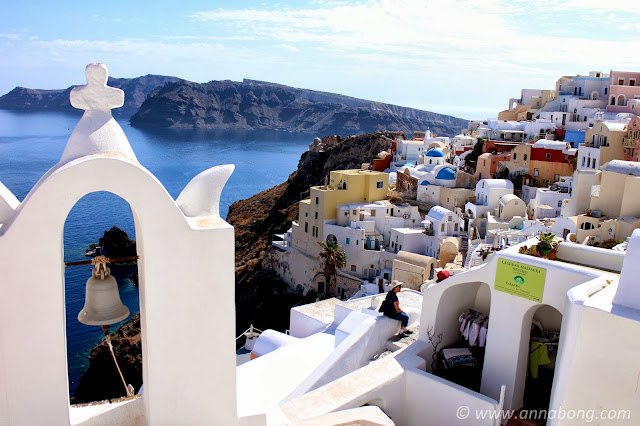 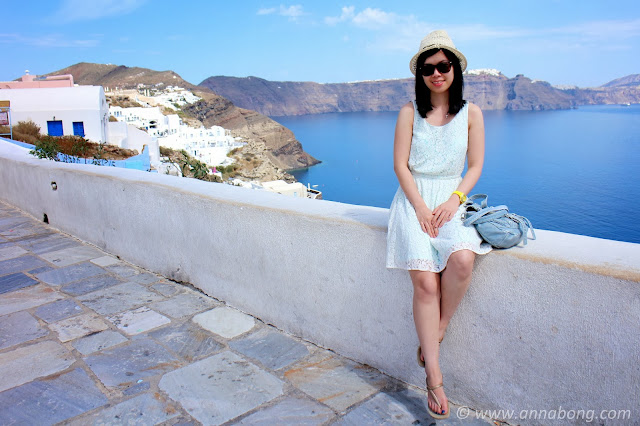 Oia is quite small that you can't possibly get lost, with just one main street. As soon as you get into Oia, you will be 'WOW-ed' by the idyllic architecture with blue-domed white buildings. It is simply magical. There's a reason behind it's architectural domed-roof, that is to let rainwater runs down and not accumulated, presumably the drainage system would be a huge problem on the island. Speaking of that, we tried to boil water from the tap, and it turns out to be salty as the main source of water on the island would be from the sea.


The town sat beautifully on jagged cliffs, on the edge of Santorini. It is a photographer's dream to shoot beautiful-no-edit-needed photos that most snap of photo will be wonderfully portrayed. It is also a honeymoon or pre-wedding photoshoot destination, making dreams come true to many newlyweds. 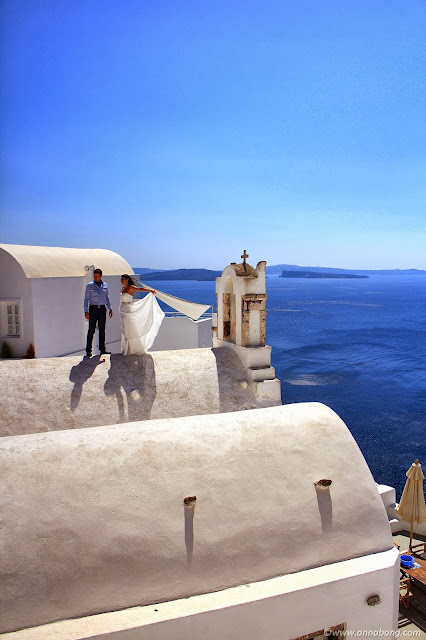 Saw a couple having their pre-wedding photoshoot.  (Photo taken with Canon EOS M)

Despite the weather could be scorching hot and dry during the day, sunscreen lotion is definitely not a miss! Also the broad hat and sunglasses! 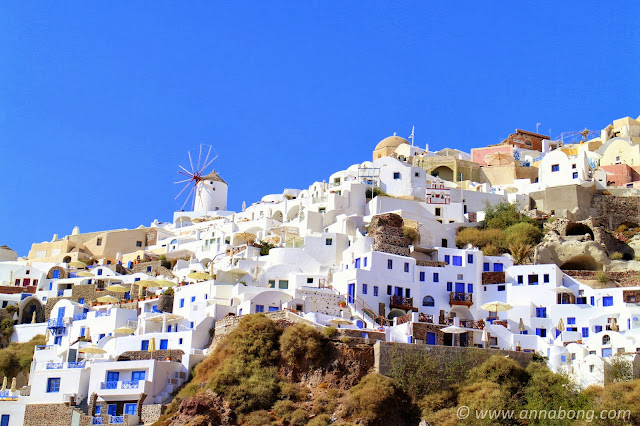 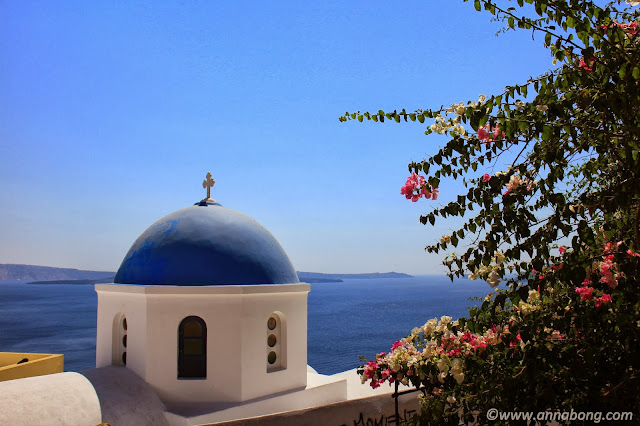 Its elegance and excitement Oia has is unique. There are plenty of cute little shops and souvenir shop. There are many tavern and restaurants around for traditional Greek cuisine. 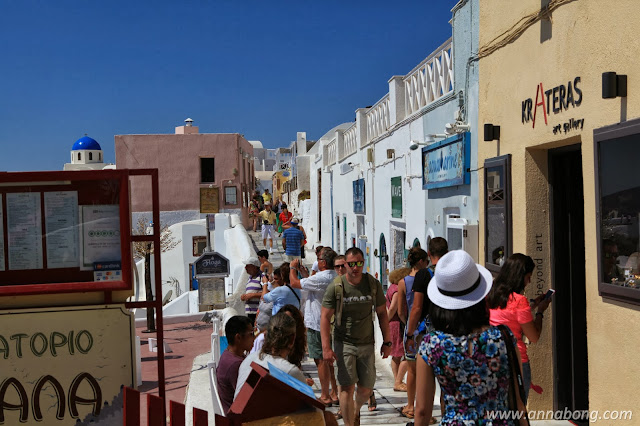 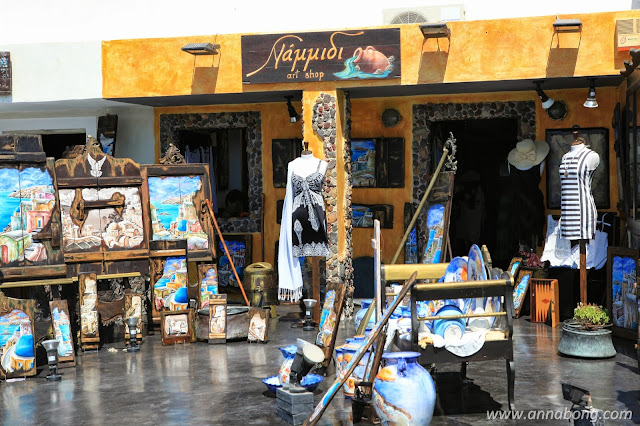 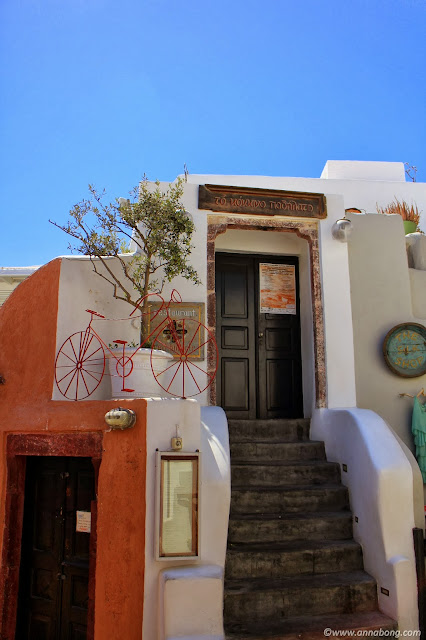 The island of Santorini is currently being preserved by the Greek Government to keep its natural beauty. When I was there both of the time, I saw local resident paint the wall/exterior of their houses. White architecture is definitely difficult to maintain unless if there's effort in it. 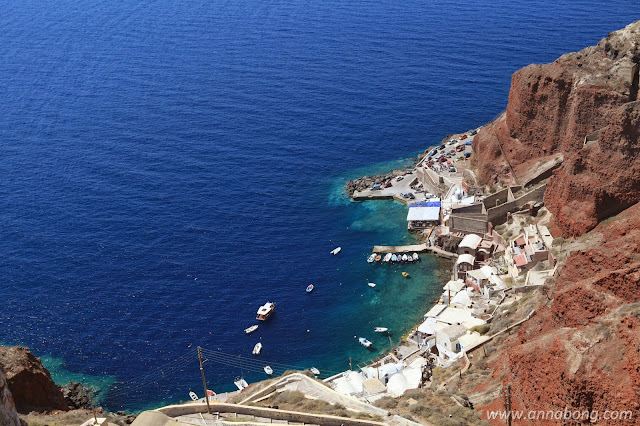 Speaking of Oia, the utter most popular attraction is the sunset viewing. From Oia, one would be able to see an unobstructed sunset, with the sun sinking into the horizon. As this post is getting too long, I will dedicate a different blogpost about Oia's sunset. 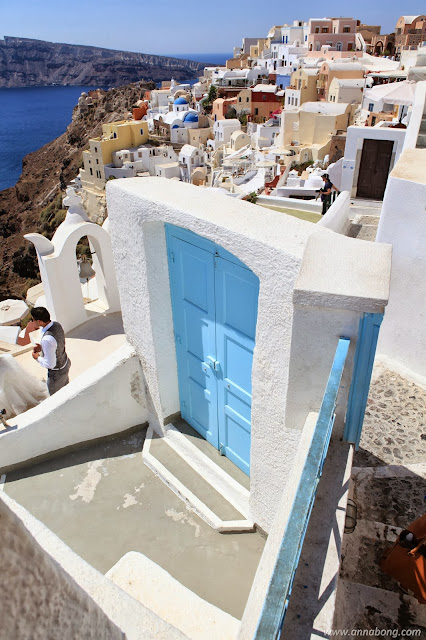 If I were to go back to Santorini, with no doubt I would love to stay in Oia. Hopefully it would be a much more luxury villa on Oia with private pool, perhaps? Haha! No matter how pretty photos or postcard can turn out to be, you have to see Oia with your own eyes! 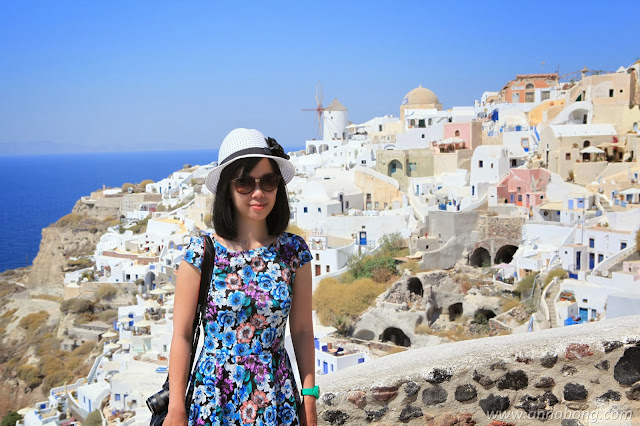 
(p/s: Blog readers, you have the first hand photos from my recent September trip to Santorini! not even my Facebook friends have seen them yet!)